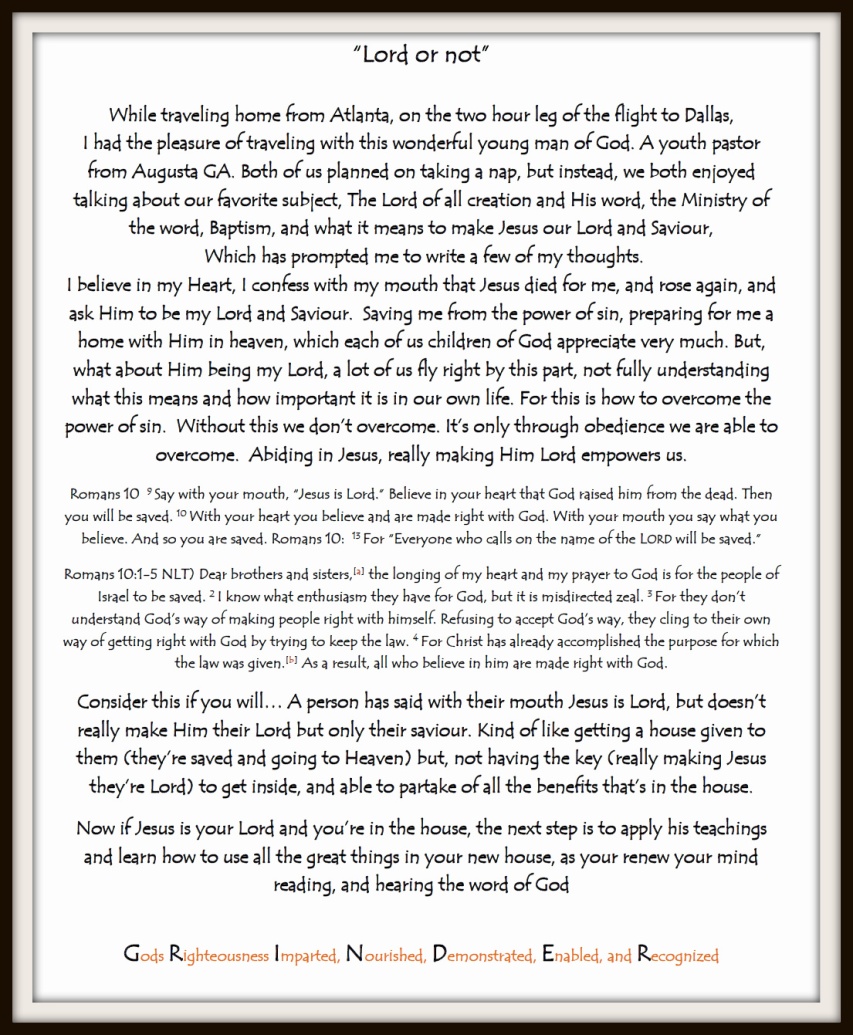 While visiting my daughter today, she asked me too look up the words to this song, so I did, and now I am sharing them with you…https://youtu.be/ZuJWQzjfU3o 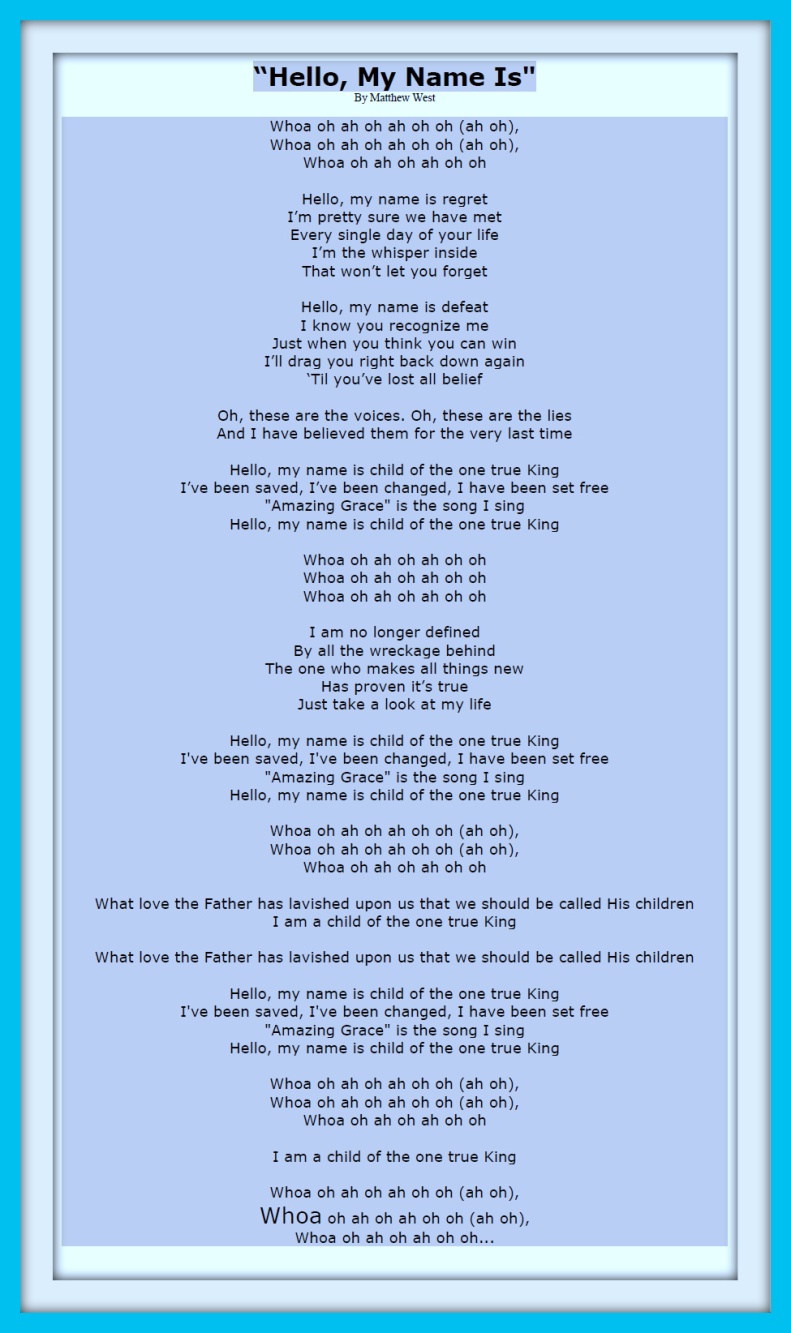 From Pastor Dan’s sermon last night:
There is a struggle in the Christian life.
The struggle isn’t with God, but with ourselves and the devil’s lies.
There is no exemption from this fight…those who refuse to fight, lose.
Now, some people think there is no such thing as a “good fight”.
Our Christian fight is a “good fight” because it has already been won by Jesus. All we are doing is ENFORCING HIS VICTORY. That makes for a “good fight”!
1 Timothy 6:12…”Fight the good fight of faith, lay hold on eternal life, to which you were also called and have confessed the good confession in the presence of many witnesses.”